Hi!  This is Angky and Arlene from http://www.youtube.com/user/peuyeumus

If you're here then you must know our YT channel and be looking for lyrics and chords!  Fear not, they're here! We're in the process of updating this website right now so please be patient with us. 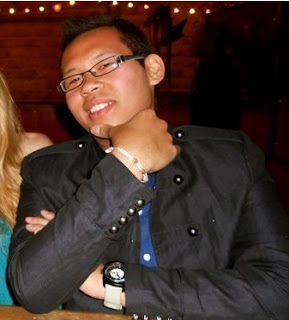 Angky is a 20 year old Indonesian college student attending the University of California Santa Barbara. (Go Gauchos!) He moved here from Jakarta, Indonesia in 1999 and was introduced to the beautiful city of Santa Barbara.  Since the move Angky has relocated to a different part of Santa Barbara County; Goleta.  He grew up as a Catholic deeply connected in his faith and has surrounded himself with music ever since he can remember.  Singing has been a dream and a passion of his ever since his youth, and he has every intention in making that dream come true.

When Fall of 2011 rolls around he will officially be a third year at UCSB in their College of Letters and Science. Being a Music Major, with an emphasis on voice, he expects to be extremely busy with classes, practice, and lessons.  (But of course, I, his ever faithful younger sister, will be cheering him on until he achieves his goals) Although his work load weighs a thousand tons he loves what he does and loves the process of growing and bettering himself as a singer and musician.

As far as music goes he loves all types of music and has gone through various "phases".  He used to like rap and hip-hop, then soft rock, pop rock, classical, chamber, and all sorts of different genres.  While he still enjoys those types of music he has found a sincere love for Korean Pop Music and the Idols that represent it. Among his favorite groups are Girl's Generation, 2PM, f(x), and Brown Eyed Girls.  While he knows his voice teacher will get upset if he finds out he has been singing pop, we should all be thankful that he loves K-Pop enough to be willing to risk the lecture! 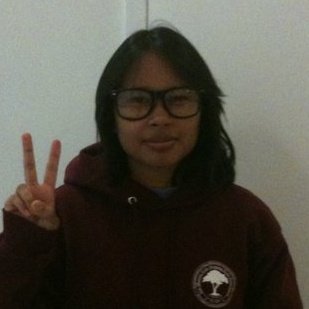 Arlene is a 17 year old just about to approach University life in Fall of 2011.  She unwillingly moved to the city of Santa Barbara in 1999, but eventually grew to love her new life and friends.  She parted from her elementary school and left behind the friends she'd shared 6 long years with to attend a Junior High not within her district.  There she met the people she grew to love and cherish throughout High School.  Unlike her brother, who always involved himself with the school choir, she immersed herself in the instrumental music department and found a love and passion for both the people and the activity.
In Fall of 2011 she will be attending the University of California Santa Barbara's College of Engineering as a Pre-Computer Science major.  She expects to be extremely busy and focused on her schoolwork then.  She is determined to pass into the actual Computer Science major when her Junior year rolls around.  Around that time she also wishes to be able to study abroad; preferably in Japan.  Although she will not be pursuing music as a lifelong career she intends to involve herself in music for as long as she is able.  Nothing could possibly stop her from doing so.
When it comes to music she doesn't find herself particularly picky about a certain type or genre.  She considers herself to be very open minded about music and will enjoy just about anything anyone throws at her.  She's gone through different stages in her life where she's bumped hip-hop, relaxed to jazz, rocked out to alternative, and listened to various other kinds of music.  Even BGM and soundtracks has caught her attention.  At the moment she has found a home in Korean Pop Music.  She respects the idols, producers, and entertainment companies that try their hardest to make the genre a world-wide phenomenon.  Some of her favorite groups include f(x), SNSD, Infinite, Miss A, and many others.  Her love for K-Pop but pitiful Korean diction has lead her to write English versions of her favorite songs and perform them for whoever is willing to listen.